Before reading, treat yourself to the title track off of musician Charlie Millard’s first album, ‘Hattie Jane’.

Sell your beats online at ReverbNation.com

A couple years ago, I bartended and waited tables at Stafford’s Perry Hotel in Petoskey. It was there that I met Charlie. He was just 16 and playing piano each night for guests dining in the Perry’s H.O. Rose Room.  Patrons often found themselves standing still in front of the piano, enthralled with Charlie’s playing and unconcerned their dinners were getting cold. They shook their heads in amazement and dropped much-deserved cash in the tip jar.

Our staff was equally as impressed. Charlie was a joy for us…hugs and smiles were standard when we saw him each night. We were spoiled to work in a placed that served gourmet fare both from the kitchen and from the piano. One summer of dinner shifts and I could easily say, without question, he was the most musically talented teenager I’d ever met.

“Tell me about the legend of you at the Perry,” my husband Dave asked Charlie. It’s late-September, 2014 and we’re in Alanson, sitting in the Millard’s home-studio. It’s a rare night off for Charlie, yet he graciously agreed to spend time with us for an interview. Talented kid?…obvious. Polite, engaging, genuine young man too when you get to know him.

“Legend?” Jerry asks. His head swings from Dave to Charlie in confusion. “What legend??”

Head tilted back, Charlie laughs. “You mean the one where I started playing professionally at the Perry at 5 years old?”

“The truth is, I was fourteen,” Charlie admits.

“Thirteen,” Jerry, Charlie’s father and the other half of the Millard song-writing and performing duo, corrects him. “You were about to turn fourteen.”

“Yeah. That’s right. Thirteen. My dad encouraged me to go in and see if they needed a piano player. The food and beverage manager, Winston [Finlayson], was the first person I saw. I pointed to the piano and asked him if they needed a player. He said, ‘No. But we’ll let you know if we change our mind.’ About a week later, my dad pushed me to go in again and ask if I could just play for tips. So I returned, and there was some guy playing. Winston saw me and gave that look of, ‘Oh no. You’re back.’ He told me that the guy playing was from Bay View and only at the Perry for a few weeks during the summer. He must have felt bad for me, because when I asked to play just for tips, he agreed and gave me a Thursday night for an hour at dinner. A few weeks later I replaced the guy from Bay View. Everyone kept complaining that they wanted to hear Charlie. And I’ve been playing there ever since.”

“If I’m a new listener, having never heard of Charlie Millard before, what song should I listen to first?” Dave asks Charlie.

“Hattie Jane,” he says with a bit of thought. “That song was the turning point of our song writing career. It’s such an influential piece that we named our album and our record label after the it.”

I ask him to play a clip, hoping for a live demo, but instead he plays it from iTunes. Darn it.

Charlie wears an innocent, but charming, confident smile that belies his eighteen years of age. As the song plays, I have to keep looking over at him to remind myself that he is still a teenage boy. His singing voice is deep and thoughtful. Dave believes Hattie Jane is reminiscent of Highway 61 Revisited-era Bob Dylan, from the bluesy guitar to the allusions of love, loss, and change…so he asks, “This song sounds Dylan-esque to me. Is he one of your influences?”

“We have many influences,” Charlie answers, leaning back in his chair, looking up, presumably thinking about the musicians he admires.

Then the two them volley back and forth, listing musicians and song-writers…”Dylan. Tom Waits is one of our favorite. Patrick Watson. Conor Oberst. Van Morrison. Rufus Wainwright. Ray Charles. The Doors. The Beatles, of course.” They go on to define their genre as Americana. Maybe a little folk rock. Indie. They seem to find it tough to pinpoint one “type”. They wholeheartedly explain that more than trying to fit into a pre-defined genre, it’s really about the lyrics and melodies that come to them and inspire them as to where they go with their songs.

Evidence of some of these influences bursts from the breathless Cardboard Box; another track off Hattie Jane.

Learn how to put a song on itunes at ReverbNation.com

Jerry himself realized his own love of song-writing and performing at nineteen when, living in Howell, he and a friend, Martin Brennan, both bought guitars and began playing songs from the “easy Beatles book”.

“We always wanted to write songs together. When we were nineteen, we had a blast together. But then college and life happened. Technology has caught up so that we talk all the time and can write songs together again. We email lyrics and melodies. Actually…he wrote two songs on Hattie Jane – No One’s Home Today and So Very Far Away.”

I asked Jerry how Charlie started playing. “He was six. We had a piano in the house and I was playing guitar, a song called Red Dress. His mom, his sister…the girls liked to dance to fast music, and this was a fast song. Charlie went to the piano and started playing the right notes just from ear. I got going pretty fast and looked over at Charlie, and he was hammering away with his feet kicking! He was playing so hard, he broke the piano.”

Charlie laughs, blushing. “I did. I broke the piano. It was my first time really playing it, and I broke it.”

“I didn’t care,” Jerry beamed. “He was just really into it. At that moment I knew he liked music.”

“I got him a guitar when he was nine”, explains Jerry. “He didn’t want to learn to play it, but a year later he was able to play what I was playing just by ear and seeing how my fingers moved. So I decided that it was time to get him piano lessons. It’s easier to learn to read music if you start first on the piano.” Charlie added that his first piano teacher, Miriam Goodwin, was great. Phenomenal really. Still the better piano player. And through her, he was introduced to his next teacher, Gig Stewart.

Speaking of legends…Gig Stewart was such. Stories mill about of him playing with the famed Rat Pack and Johnny Mercer, co-founder of Capitol Records. Gig, now in his 80’s, lives in the area and still plays publicly from time to time. Charlie reminisces with an appreciative look on his face, “He taught me music and jazz theory, how to create songs and the relationship between chords and melodies.” I can tell it’s a time that had an indelible impact on Charlie. Lucky us.

The Millards are ramping up for album number 2. “We have 12 or 13 new songs for our next album and we are already working on songs for our third CD,” Jerry reveals. There’s a chalk board at the edge of the recording studio littered with song titles for the album.

To the question of What are your future goals?…fame and fortune?, Jerry explains how simply making music together for a living is what they want to be able to keep doing. “If a few people purchase our songs, great. If a ton of people love our stuff that’s even better. Selling out of our first album makes me really think that there’s an audience for our music.”

I think they’re right. And with a notable debut performance at Bliss Fest this past June, that audience just got bigger. Not bad for one remarkable boy from Alanson.

Charlie’s music can be enjoyed five nights a week at the Walloon Lake Inn and during Sunday brunch at the Perry Hotel. He also hosts open mic once a month at  Beards Brewery in downtown Petoskey. He’s available for weddings, church services and many other kinds of events.

Email him to discuss a booking and visit Reverbnation to purchase songs or find out where he’s playing next. http://www.reverbnation.com/charliemillard 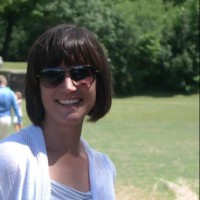